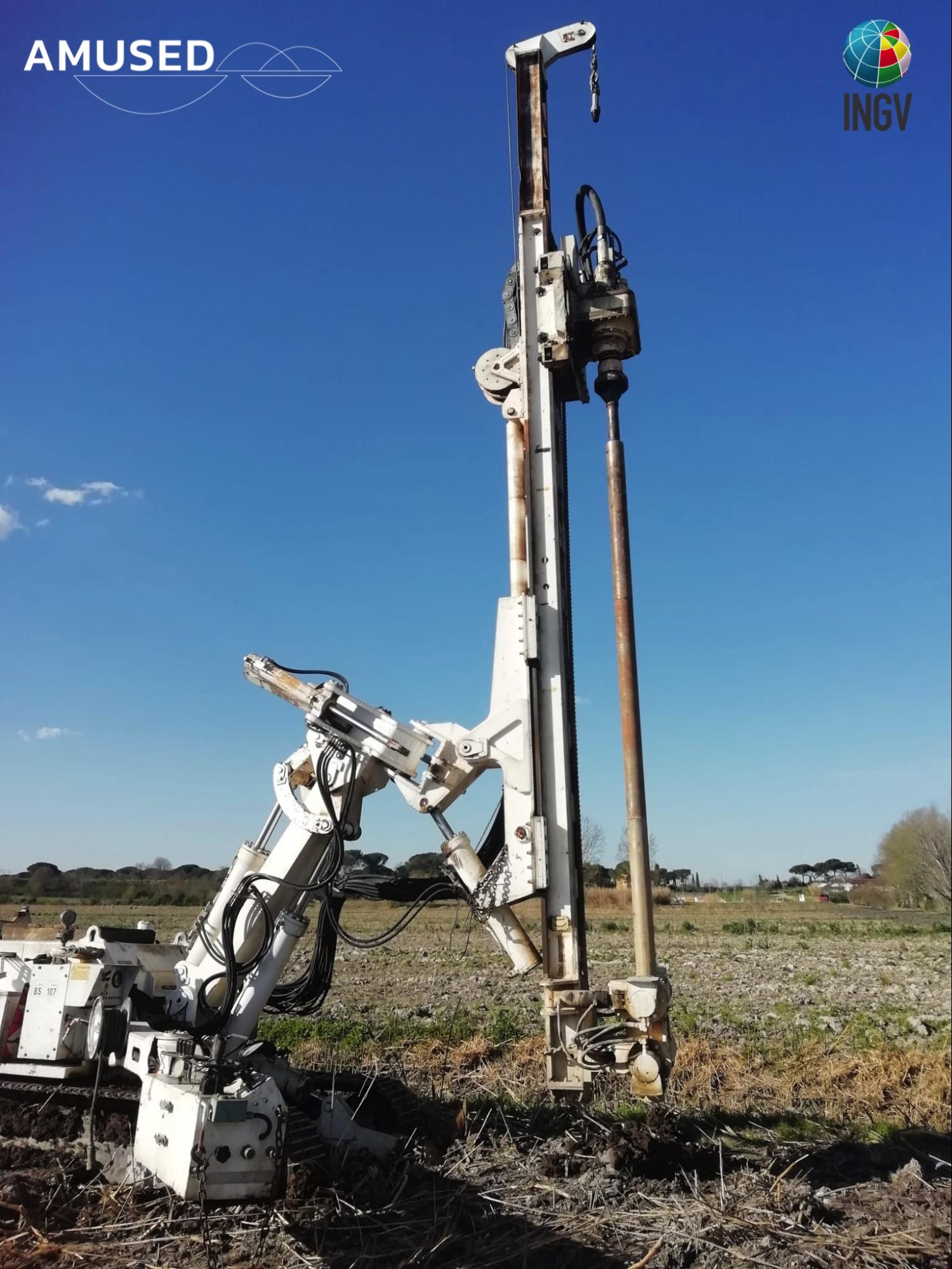 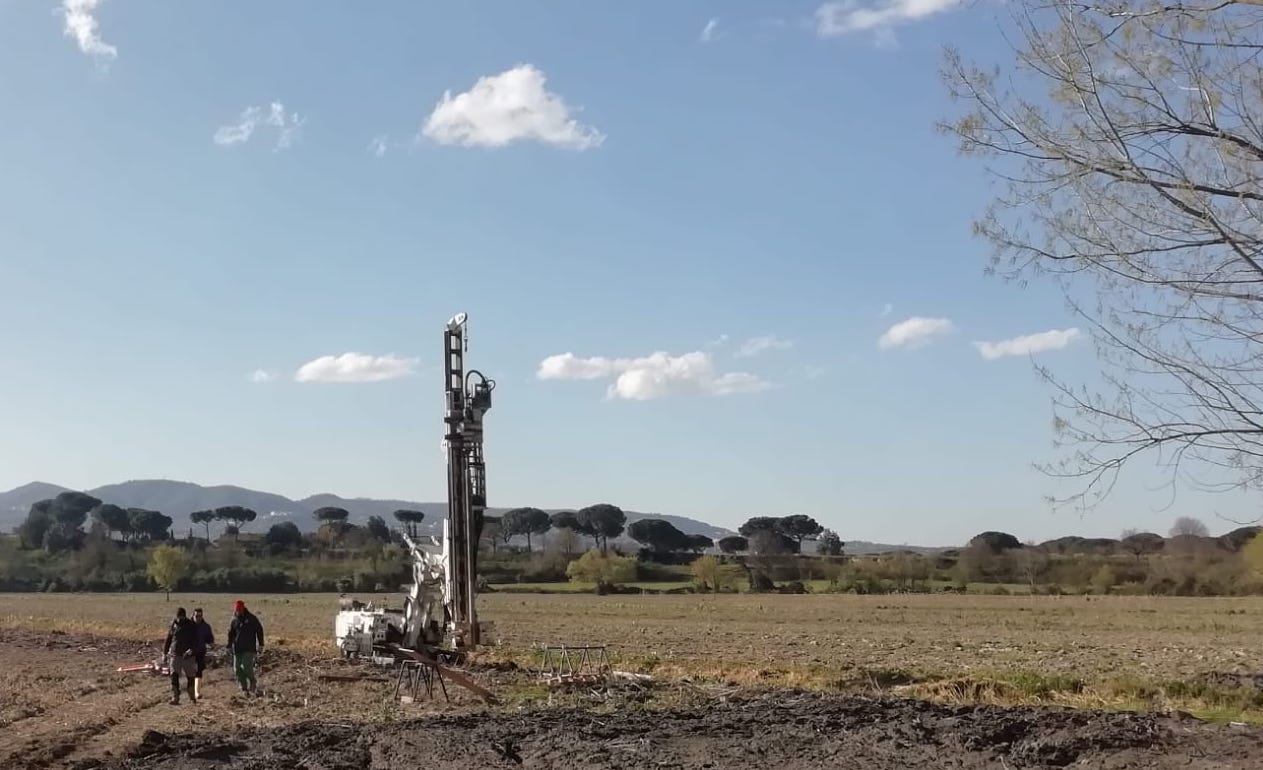 In the Castiglione volcanic paleo-lake the AMUSED project will carry out two 120 m-long parallel drillings spanning the last ~280 kyr of the lacustrine sedimentary sequence.

A 10 m-long drilling is also planned along the edge of the basin to obtain a representative and as complete as possible stratigraphic succession of the most recent part of the sequence investigated.

The three planned boreholes will be continuous core drilling with undisturbed recovery of the cores inside PVC punches.

The drilling activities of the Castiglione paleolake sediments were successfully completed in the spring of 2021. We thank Count Flavio Cavazza, owner of the land inside the crater, for the courtesy, curiosity and availability shown by granting the permission to carry out preliminary investigations and perforations. We also thank the company GEO L’AQUILA s.r.l. for the excellent work carried out which allowed the complete recovery of the stratigraphic succession object of this study.

After drilling, the cores will be stored in a refrigerated room, before being splitted lengthwise into two halves (working and archive) and documented in detail, including photo acquisition, composition, color, grain size.

To obtain a good correlation of the two parallel cores, X-ray fluorescence (XRF) will be used as a continuous investigation technique that will allow to reconstruct the sampled continental succession in greater detail, thus highlighting any sample losses during drilling and recovery of the cored succession.

In order to reconstuct and characterize the investigated stratigraphic successions several physical, bio-geochemical, and paleontological laboratory analyses will be carried out. In particular, the methodologies and techniques are: